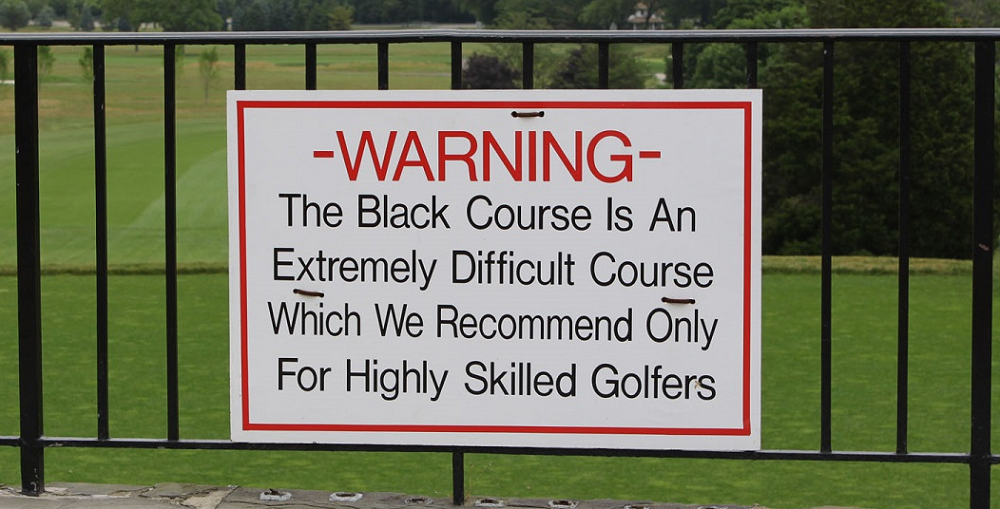 There’s nothing like a fresh batch of data to analyze and argue over. Last week we stopped to take a look at the top 100 courses in America. This week we get to take a look at the most recent data from the PGA Tour’s ShotLink which summarize any number of things for the Tour. In this case, we will look at the ranking of the toughest courses played on Tour for the 2018/2019 Season. Click here to view.

It is a ranking of all 49 courses played on Tour for the Season based on average score to par and there are some fun details to absorb.

Bethpage Black, host of the PGA Championship, was toughest by a mile. More than a full stroke higher than the 2nd toughest course on the list – wow.

The transition point on the list for courses playing over par vs under par is after the 14th ranked course. The TOUR Championship at East Lake played to 0.033 over par. That being said, it was a small field of the top players in the world who were all on form at the time so if East Lake held a normal tour event – that number would balloon.

The 15th to 49th ranked courses all played under par. Included in this list of under-par courses is Augusta National Golf Club. I wonder if the mysterious gang at The Masters will like their status! This could see much more changes to lengthen & toughen a golf course that has seen many changes since it started Tiger-proofing itself.

It's also fascinating to see how a course compares against itself when it hosts both a normal Tour Event and a Major in the same year. Pebble Beach played 1.353 over par in June for the US Open making it 2nd toughest on TOUR after Bethpage. In February for the AT&T Pro-Am it was 0.130 over par. A difference for sure but I would’ve guessed it have been a wider margin.

Down at the bottom of the list are those push-over courses that TOUR Players eat-up… and the bottom pair are both from the desert. The La Quinta Country Club and the PGA West Nicklaus Tournament track are the two easiest courses – both from the same event. That event is the good old Bob Hope (with a new title sponsor in American Express) which has always given up low numbers. More proof that the birdies fly in the desert.

To put a bit of perspective on this, our ClubLink International Pro-Am heads down to stay at La Quinta the week immediately after this tournament, and the Nicklaus Tournament course has been in our rotation for years. But our scoring realities would question these TOUR stats. The 9th hole and the 18th hole at Nicklaus Tournament share a green in front of the clubhouse and staging area at PGA West. They are both tough par 4’s and they have absolutely clobbered our amateurs over the years. Our hole-by-hole data from GolfGenius last year shows that #9 played to a 5.40 average and 18 was 5.59! That makes these two holes at the 2nd easiest TOUR stop, the 2 toughest holes our amateurs face in ALL of our Pro-Ams we run through the year.

Lastly, for a summary on our Home National Open Championship, Hamilton G&CC finished middle of the pack – 21st most difficult at 0.337 under par average.

Yes, data is fun to analyze and always leads to interesting summaries and debates.

If you’re interested in playing one of the PGA Tour’s easiest courses (right after they play it) and two of the hardest par 4’s you’ll ever see, click here to view the ClubLink International Pro-Am at La Quinta Resort brochure. Our event is held there January 23 – 28, 2020.