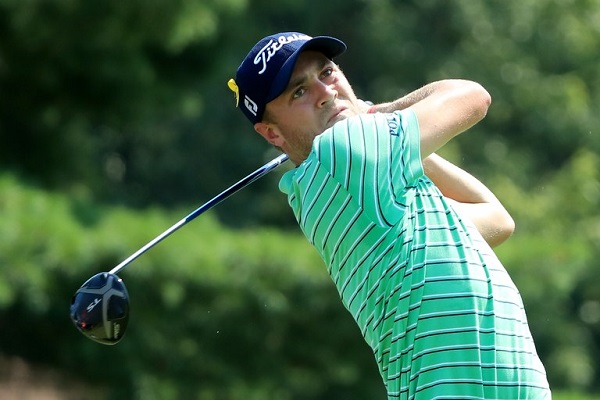 As I set out to document all this fun and fancy information about new Titleist balls and clubs and putters, I had a chance to say hi to Mike Rowan, Director of Sales for Acushnet and as expected, Mike had a lot of TOUR validation info in his pocket about these new products.

“"The Titleist TS driver story has had immediate impact on the PGA TOUR. In fact, Titleist has been the #1 driver at most PGA Tour events played so far this season including at The Players last week along with the Sony Open, Arnold Plamer Invitational, the Waste Management, the Honda, The Desert Classic and more.

I’d also like to add, in some of those tournaments, Titleist earned a clean sweep as the most played ball, driver, fairway, hybrid, irons, wedges and putters by the field. An accomplishment that no other current golf equipment manufacturer can claim."

And of course our golf ball story remains dominant. Our new 2019 edition of PROV1 and PROV1X is completely trusted across all TOUR’s, and Through last week’s Players Championship, 5,307 tour players across the globe have trusted Titleist vs the nearest competitor at just 667."

Lets look at some of this new equipment for 2019.

A two-year mission to design greater speed into every detail of driver technology has led to the introduction of the new Titleist TS drivers. “Titleist Speed Project” began with a challenge from the game’s best players to make Titleist drivers as fast as possible. What followed was a relentless pursuit to solicit speed from every micron and milligram of the driver head, culminating with the development of two new driver models – TS2 and TS3 – engineered to deliver faster ball speed with higher launch, lower spin and increased MOI for more distance and forgiveness.

At the U.S. Open at Shinnecock Hills, the first week that TS (“Titleist Speed”) drivers were available for competition, it became immediately clear that the new TS2 and TS3 models had passed the test. Seventeen players put TS drivers in play – including Justin Thomas, who unleashed a career-long 422-yard drive in Round 1 – an unprecedented shift for the week of a major championship. Three starts later, Thomas earned his first World Golf Championships title with a four-shot victory at Firestone, crediting the performance gains of his TS3 9.5º driver.

Justin Thomas on new TS metals: “The new TS driver was instantly faster off the club and I was able to get a few more yards carry when needed. More importantly for me, my spin numbers were more consistent therefore it has helped me drive the ball much better.

The new Titleist TS fairway metals, born from the insights and technical breakthroughs of the Titleist Speed Project, are designed to drive faster ball speeds with higher launch, lower spin and increased MOI for more distance and game-changing forgiveness.

“The Titleist Speed Project taught us how to unlock the speed and distance in every detail of metalwood design. It’s the culmination of all those little things that gets you big results,” said Josh Talge, Vice President, Titleist Golf Club Marketing. “The new TS2 fairway is unlike any fairway we’ve ever made. It is a high-launching, low-spinning distance machine that is unbelievably forgiving and will change the way many players look at a fairway wood with how easy it is to get up in the air. TS3 is also incredibly fast and forgiving and allows those players who like to work the ball or need more shot control to really dial-in their performance.”

Scotty Cameron has created his most technically advanced putter line to date with the 2019 Phantom X family – a collection of nine new modern mallets engineered to take putting performance to the next level.

“Phantom X is by far the most high-tech putter line we’ve designed to date”, says Scotty Cameron. “This product is so much faster looking, and taken to the next level, that it needed a new name. It’s a major leap in performance. I was inspired by Tour players who’ve asked for slightly smaller profiles with more alignment options and solid face construction. The engineering has been ramped up to an entirely new level to bring this brand-new line to life. Phantom X is the ultimate lineup for mallet players.”

“When we set out to develop the 2019 models, we found that golfers at every level are extraordinarily satisfied with the performance of their Pro V1 or Pro V1x. At the same time, golfers keep telling us they would still like more distance – as long as they don’t have to give anything else up,” said Michael Mahoney, Vice President, Golf Ball Marketing. “Through the prototyping process, our chemists and engineers discovered a way to cast an even thinner urethane cover, and therefore increase the percentage of speed-enhancing materials in the overall construction. Pro V1 and Pro V1x are now even faster, as a result, all while maintaining the scoring performance and feel characteristics that golfers demand from these golf balls.”

CHOOSING BETWEEN PRO V1 AND PRO V1x: When it comes to choosing between the total performance of Pro V1 and Pro V1x, golfers will notice similar differences in flight, feel and spin as the prior generation models. Both Pro V1 and Pro V1x deliver increased ball speed and lower long game spin for maximum distance, consistent flight, Drop-and-Stop™ short game control and long-lasting durability. Pro V1 provides optimal flight and spin for most golfers, flying lower than Pro V1x with a penetrating trajectory, with very soft feel. Pro V1x flies higher, spins more on iron shots and has a slightly firmer feel.

INTRODUCING HIGH OPTIC YELLOW: The improved performance of 2019 Pro V1 and Pro V1x will also have a new preference option: High optic yellow. Following a tour seeding and validation period in early 2019, the new high visibility color option will be available in golf shops this spring.

PLAYER VALIDATION: The introduction of new Pro V1 and Pro V1x in November 2018 across the worldwide tours resulted in immediate validation and success. Playing new Pro V1 for the first time in competition, Charles Howell III won the RSM Classic in a sudden-death playoff for his first PGA Tour victory in 11 years. Howell, who made the switch from 2017 Pro V1x, shot a final-nine 31 that included birdies on three of his final four holes to make the playoff.

“The 2019 Pro V1 for me is a home run,” Howell said. “I’m getting all the ball speed I had with the prior generation Pro V1x and more. Plus, the new Pro V1 feels softer to me around the green, which I prefer. Ball speed off the driver is a pretty hard and fast measurable whereas touch and feel around the green is player dependent. I go through a fairly rigorous testing process when it comes to new equipment, but it did not take long for me to put this ball into play seeing it gives me the best of both worlds.”

To date, more than 200 players worldwide have put the new Pro V1 and Pro V1x in play.

If we have whet your appetite for all or any of these cool new Titleist products make sure you connect with your local Club staff soon to learn about fitting and demo dates and other opportunities to try out or get fit for this equipment.