Golf in the time of COVID 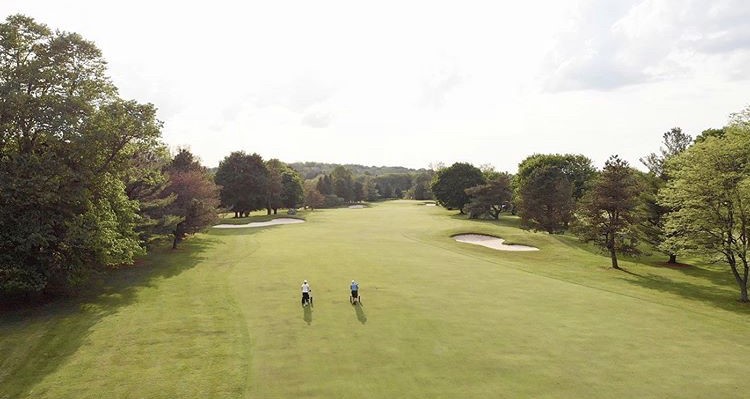 Rules, rules, and more rules, but somehow, it is the same old game – maybe even a better game in many ways – certainly, a safe game in these ever-changing times.

Just as we we’re adapting to the much-hyped, and welcomed, Rules of Golf changes, COVID-19 swept across the globe earlier this year changing many things we took for granted including the golf.

Now, we have a new set of rules. One might think that having so many procedures in place might make golf more difficult to enjoy. However, golf is booming and proving to be an irresistible temptation for many, as we look for ways to spend our newly found free time.

“Right across the board we have seen a significant increase in the number of rounds played at our public access courses,” says Dustin Johnstone, Director for the Daily Fee Market at ClubLink. “The demand for golf at both our private and public facilities, has never been greater. People who have been around the game will remember the Tiger Woods effect that transformed the golf industry and TV ratings starting back in 1996. However, from what we have seen over the last few months, the COVID-19 effect is creating a new tidal wave that is jaw dropping in many ways.”

Recreating the ClubLink rule book, or Standard Operating Procedures (SOP), started shortly after the Ontario government shut down most businesses in the province on March 14. All Managers at ClubLink collaborated to develop the Covid-19 SOP that first came into effect when ClubLink courses opened on May 16. At press time the eighth version has been unveiled. A sign of the quickly changing times.

“We certainly expected pent-up demand when we first opened because the season was starting a few weeks later that usual, but we haven’t seen anything like this in 20 years,” Johnstone says. “It seems like every day is like a Saturday or Sunday.”

Pre-paid booking for daily fee golf has become the new norm. It is easy to do and most likely the way of the future for most, as it eliminates touch points and having to go into a golf shop to pay.

Tee times have been spaced to ensure physical distancing guidelines are abided, and pace of play has improved dramatically at every club. That makes the golf experience more enjoyable. Not having to rake bunkers or being allowed to touch the flagstick has also helped speed up play.

Johnstone is quick to point out that people have fewer activity options and many are choosing to play golf more often. Many more people are working from home. They can set their own work schedules. Pro sports like baseball, hockey, basketball, football, and many others have been silenced until recently. Adult leagues for sports like slo-pitch, soccer and hockey have evaporated. People are not travelling or taking summer vacations like they had planned. Youth sports have also been curtailed, so parents aren’t spending their time at soccer pitches or baseball diamonds watching their kids play games. It has been difficult to visit with friends, neighbours, and family members due to restrictions. Shopping malls were closed for the longest time. However, one of the few sports people can safely enjoy is golf.

Jon Larter is the Director of Operations at Rolling Hills GC in Whitchurch-Stouffville. He started there in 1998, but he has never seen anything like this in all his years at the Club that features three 18-hole daily fee courses.

“On our busiest day in June, we put through 890 rounds. That is basically unheard of and it really is not letting up,” says Larter. “We are seeing a lot of younger people in their 20s and 30s, who are bringing their friends out to play golf because there is nothing else to do. It is one of the few things that people can do safely.” He is also seeing a lot of players who only played once a week, are now playing three times a week or more.

Having a greeter at the front gate since opening on May 16 has worked extremely well. He says it is a helpful first touch point for customers and helps layout the operating procedures – like making sure everyone now wears a mask or face covering while indoors, so golfers can have a safe and enjoyable round of golf. Larter has done shifts at the front gate so he can better understand the challenges his staff faces, and to better connect with guests.

“We started with 10-minute tee time intervals and it has not changed. It is one of the best things we have done in terms of the customer experience,” he says noting that a round on the Bethesda Grange course rarely takes more than four hours. Initially, arrival times we set at no more than 20 minutes before a round and that has been relaxed to 30 minutes to give people a little more time to prepare.

“There was a lot of stress on opening day. I will never forget it. It was something we’ve never experienced before. We did a lot of training with our staff to make sure everyone understood the new rules and regulations to ensure safety for all. We made adjustments along the way to adapt to the changing provincial guidelines,” Larter says. “The most surprising thing for me is how long we have been consistently busy for. We expected to busy right out of the gate, but we have kept up the pace and I do not see an end in sight. Our team has really come together to meet the challenge. This is a summer unlike any other we have experienced. It is great to see so many people enjoying the game.”