The Shag Bag - Pointed in the Right Direction 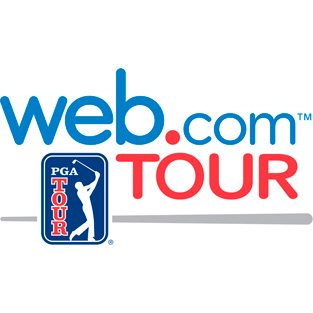 Pointed in the Right Direction

Changes are coming to the Web.com Tour. The Golf Channel reported on Thursday that the developmental tour would be switching to a year-long points-based system in 2019, much like the FedEx Cup, to determine which of its players will graduate to the PGA Tour. Ratified by the PGA Tour in mid-November, the measure will drop the current earnings-based tour-berth system, hopefully enhancing the way fans follow the Web.com Tour. Points will be awarded for individual performance at the end of each tournament. Winners of regular season events will take home 500 points, the victor at the season-ending WinCo Portland Open will claim 600 points and 1000 points will be on the line at each of the tour’s three playoff events. This is a welcome move for the Web.com Tour—one that we believe will pay off enormously! In recent years, interest in the FedEx Cup playoffs has fallen by the wayside due to the gargantuan length of the PGA Tour season, the format’s ‘forced’ feel, the playoff’s lack of real stakes and the general sentiment of fan indifference to such an outlandish prize and the rich just getting richer. But this will not be the case for the Web.com Tour. Its playoffs are going to be must-watch television with players dropping in and out of PGA Tour contention on a hole-by-hole basis down the stretch. In fact, we think the new tweaks could position the Web.com playoffs as the next big thing in golf. If it does, don’t forget that you read the prediction right here in the ol’ Shag Bag!

The unthinkable happened to Cody Blick on the eve of the final round of Web.com Q School two weeks ago: his clubs were stolen! It was a particularly upsetting blow to the 25-year-old, who, tied for 74th at the end of play on Saturday, had a legitimate shot at cracking the Top 40 on Sunday and locking down at least eight guaranteed starts on the Web.com circuit next season. In desperation, Blick issued a no-questions-asked $5,000 bounty for the safe return of his clubs, but it was to no avail.

The Northern California native was forced to put together a makeshift set at the 11th hour that included the course superintendent’s driver, wedges from the pro shop, stock Titleist irons and a heavier putter than he was used to for his Sunday morning tee time. But even with the borrowed clubs, he shot a 63 — the low round of the week and likely the best round of his life — vaulting him 49 spots up the leaderboard into a tie for 25th on the week! “It was an attack mentality all day,” Blick said after the round. “Hitting bad shots was OK, almost like, Dude, I have a mismatched set. It’s not expected of me to hit good shots. In a weird way, that was comforting.” Hopefully, it’s smoother sailing for Blick from here on out.

Terrible swing mechanics usually result in an awful shot. However this woman proved to us that if your swing works, stick to it - even if it looks ugly.

This bizarre cart path at Brazil’s Santa Pazienza Golf Club raises so many questions: Is the course walkable? How many carts have driven off that path and become submerged in the pond? Is this the only access to the green? And if so, does the course automatically close after a heavy rain fall? Is that the club’s only mailbox?

It's safe to say this guy is no Happy Gilmore. Kudos for trying, though!