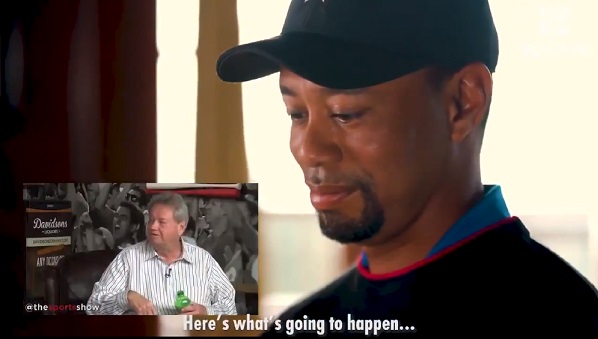 Hoax of the Week

A fake video went viral last week that showed Tiger Woods, just before his Masters win, watching compiled footage of sports pundits criticizing his game over the last half decade. The folks over at Skratch Golf pieced together the video using footage from a 2017 PGA Tour video called How Good Is That, in which Tiger reacts to a handful of the game’s superstars commenting on the impossibility of his 79th win. We have to admit that we also believed the video was real until links to the original video eventually made their way onto social media later in the week! Nevertheless, the video is really well done and shows 11 prominent members of the sports media, including Stephen A. Smith, Colin Cowherd, and Woody Paige, who will all now have to own up to those statements in the following weeks.

Bet of the Week

A lot of money changed hands following Tiger Woods’s victory at The Masters two weeks ago with FanDuel and Draft Kings paying out a collective $6.5 million to bettors around the world. However, no one cleaned up quite like Wisconsin’s James Adducci. Despite a mortgage, two student loans, and two cars loans, the 39-year-old day trader bet $85,000 on Tiger to win the event on nothing more than a whim.

The wager was so large that two Vegas casinos reportedly turned him down. But the SLS Las Vegas Hotel and Casino took the bet and ended up cutting Adducci a cheque for $1.2 million, the largest individual futures bet payout in the sportsbook’s history. “I watched Tiger’s performance at the Tour Championship and things seemed to be going his way,” Adducci said. “I looked at how well he did there, and some other factors you can’t put stats behind; it wasn’t about the stats for me. The fact that this was going to be his first major in front of his kids, I was convinced he would win.”

What made the wager even more remarkable was Adducci’s claim that it was the only sports bet he has ever made! Of course, there’s no way to corroborate that claim, but we want to believe that it’s true because it definitely makes for a better story.

Ricochet hole outs are some of our favourite types of highlights here at The Shag Bag. So when we saw Angel Yin bank her shot off of Pernilla Lindberg’s ball and into the cup for an eagle on the 15th hole at the Lotte Championship, we knew we had to show it to you! As you can see in the video below, Yin’s ricochet was no simple redirection; her wedge shot came in hot and instantaneously changed directions the moment it collided with her playing partner’s ball. It happens so quickly that you actually need to watch the video several times and pause it at impact to determine with certainty that it was Yin’s ball, and not Lindberg’s, that ended up in the cup.

We understand that it is inherently easier to hit a tennis ball with a golf club than it is to square up a golf ball, but this video of trick shot artist Josh Kelley skilfully playing tennis with a driver is mesmerizing nonetheless!

Escape of the Week

Next time someone tells you to keep your head still while swinging, show them this: