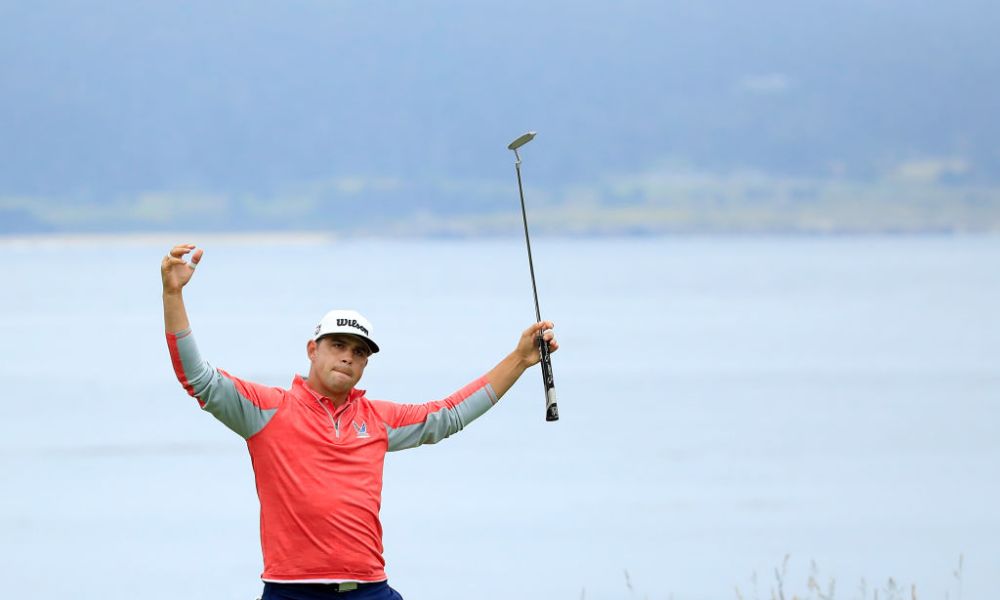 It was only fitting that a first-time major champion would be crowned at last week’s U.S. Open after both the St. Louis Blues and the Toronto Raptors broke through for the first titles in their franchise history. Gary Woodland played spectacular golf from wire-to-wire to claim his first U.S. Open, shooting rounds of 68-65-69-69 to beat two-time defending champ Brooks Koepka by three strokes. Here are a few of the more interesting takeaways from what was a terrific and exciting week of golf:

Who Put That Rake There?

Jordan Spieth’s rollercoaster of a round on Friday morning, which included 8 birdies and 5 bogeys, got off to a truly bizarre start on the second hole. After hitting his tee shot into a fairway bunker on the right side of the hole, the Texan added to his woes by duffing his second shot into the tall grass directly above the lip of the trap—only it turned out to not be a duff at all. During his swing, Spieth actually made contact with a rake that had been inexplicably buried in the sand beneath his ball. Unfortunately, there was nothing that the three-time major champion could do but take the bad break in stride and try to limit the damage, which he accomplished beautifully by chopping his ball out of the rough, sticking it on the green and then draining a 15-foot putt for bogey! 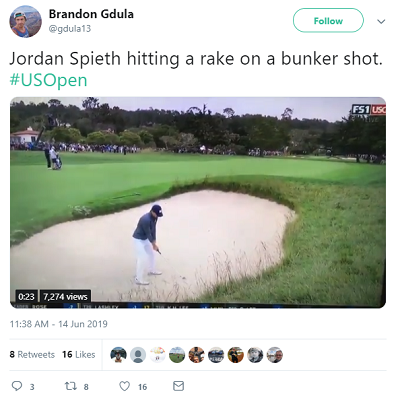 It Even Happens to The Pros

One nasty lie on the third hole took Ian Poulter out of last week’s U.S Open. The Englishman, looking like a human eggplant in purple and pink garb, started his round on the 10th hole on Friday one over par and well within the projected cut line. Poulter made the turn in 37 strokes and just needed to play even golf for the remainder of the round to stick around for the weekend. He got off to a good start on his back nine, making a birdie on the 1st and a par on the 2nd. But on the 3rd hole, he hit his tee shot into a fairway bunker, advanced it into some particularly gnarly grass just above the lip, and then whiffed completely on an awkward and impossible punch shot. On his second attempt, Poulter managed to only advance the ball a handful of feet. There’s no footage of what happened next, but it seems from the shot tracker as if he skulled his chip through the green, chipped it again to 10 feet, and missed the putt for a quadruple-bogey 8. Ouch. 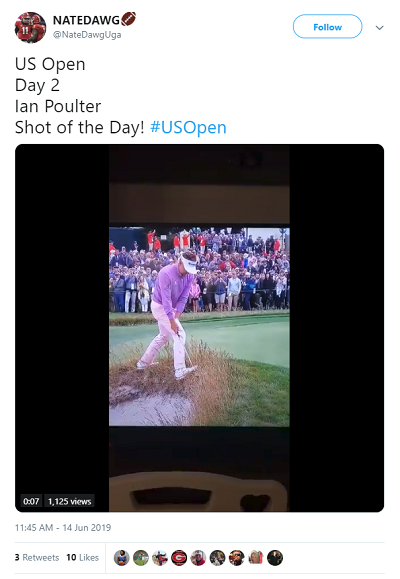 Greystone Member Peter Blazevic has made it to the U.S. Junior Amateurs

Before Tiger Woods won his 18 majors, he won three U.S. Amateur Championships.
Before his 3 U.S. Amateurs, he won three U.S. Junior Championships.
The U.S. Junior Amateur has always been a pretty good guidepost to look for pedigree and future Champions. As of Tuesday, June 18th, 15-year-old Greystone Member Peter Blazevic has made it to the U.S. Junior Am at The Inverness Club in Toledo, Ohio.
Qualifying out of the Sectional in Grove City, PA, Peter carded a 1 under par 71 to be one of only two players to advance to the U.S. Juniors July 15-20th.
We wish Peter well and will keep you posted.

Gallery spectators line the fairways at golf tournaments knowing that errant shots can enter the crowd at any time. But golf carts? That’s a new one. At the U.S. Open on Friday, a runaway golf cart barrelled into the crowd on the 16th hole, allegedly injuring five people and sending two to the nearby community Hospital of the Monterey Peninsula. The Monterey Herald reported that one of the victims was an 82-year-old man. The other was the driver of the cart, a vendor who was reportedly loading items out of the back of it when a box fell from the passenger seat onto the gas pedal, sending the cart barreling into a group of nearby spectators. The vendor reportedly injured himself trying to stop the cart’s progress, but it was to no avail. The USGA later confirmed the incident with the following statement, which contradicted both police and news reports that five people had been injured: “Unfortunately, during today’s second round there was an incident involving a golf cart on the 16th hole that resulted in three spectators and a vendor being injured and requiring medical treatment.”

Outburst of the Week

Poulter wasn’t the only player struggling with Pebble Beach’s thick grass on Friday. On his final hole, Patrick Reed needed to get up and down from a thick, downhill lie to close out an even round of 71 but went right under the ball and advanced it just a couple of feet. In response, the former Masters champ promptly snapped his lob wedge over his thigh and threw it aside in disgust! 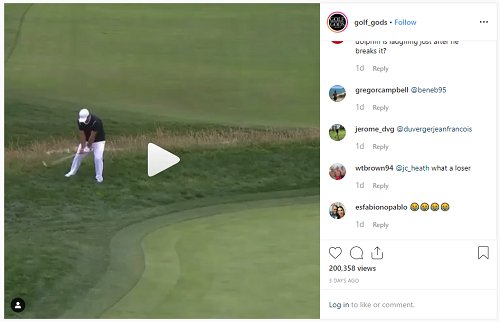 Zach Johnson appears to have infused a little extra motivation into his practice putting routine. The two-time major champion was spotted on the putting green at Pebble Beach between rounds, working on his practice stroke and doing sets of jumping jacks each time he missed a short putt. Ten jumping jacks per missed putt doesn’t seem too punitive, but we’re sure that Johnson, who turned 43 in February, would likely disagree. 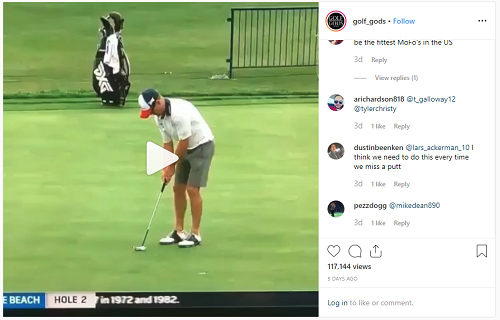 The lengths some people will go to get that perfect camera angle . . . 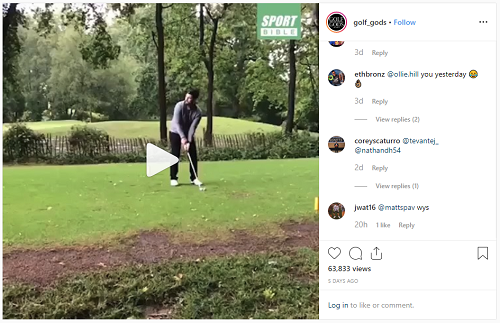 Probably about a two-club wind, wouldn’t you say? 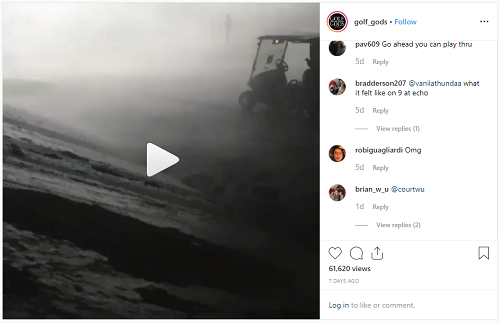