Golf is a game for everyone 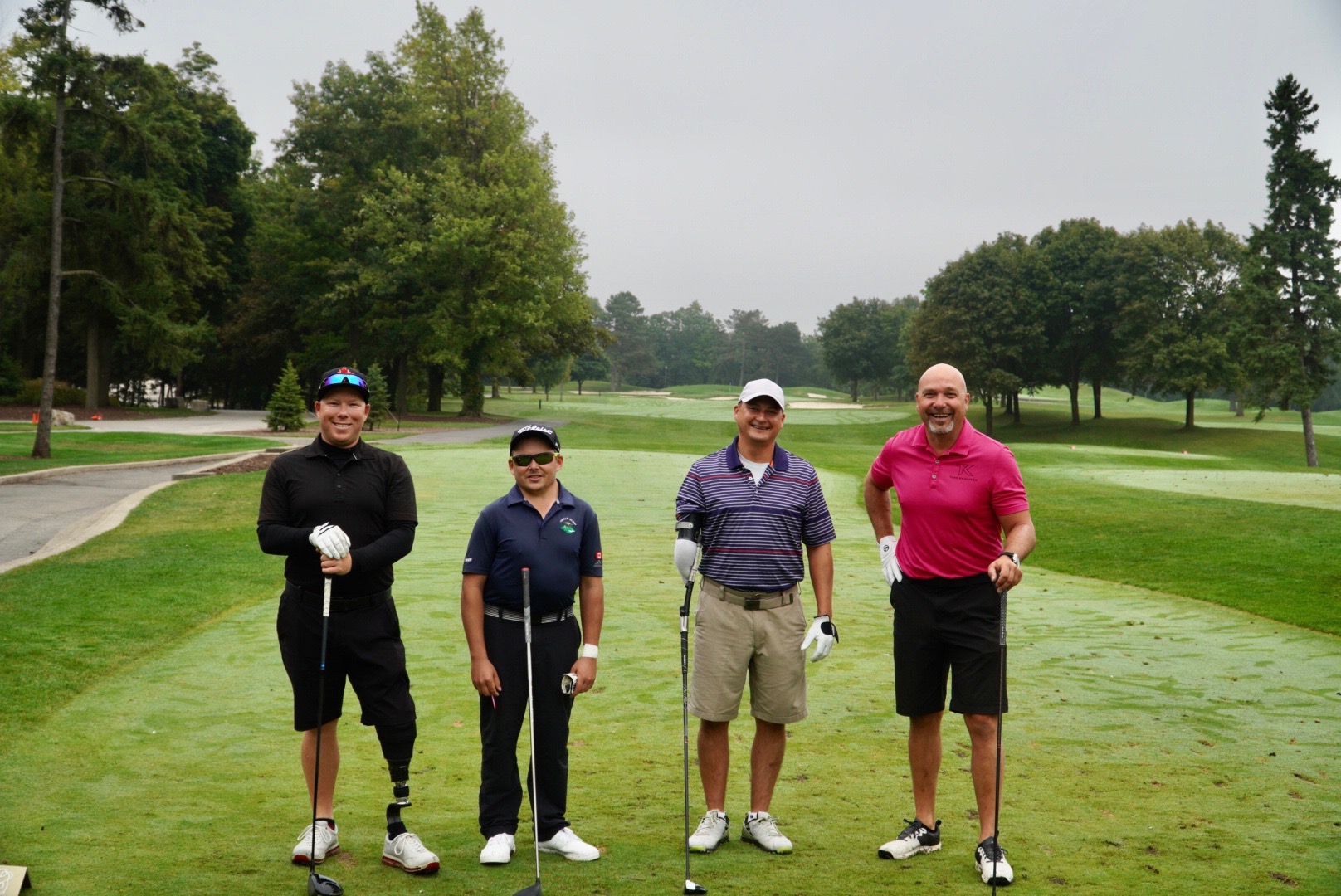 It is the twinkle in their eye.

It is the excitement in their voices.

It is the power that comes with the possibilities.

You can see the wheels turning in their brain . . . it is golf and it truly is a game for everyone. No matter what your circumstances.

For the past decade Todd Keirstead has been inspiring and empowering individuals of all abilities to get involved in the game of golf. He’s helped changed the mindset of thousands of people from “I can’t” to “I can”. He is opening doors where they were once shut in a movement that is growing not only in Ontario, but worldwide – a passionate voice to be heard.

He is on the tee at Glen Abbey Golf Club in early September with Kurtis Barkley (@kurtisbarkley_golf) and Kevin Delaney (@leafscupchamps2021) for their first round of golf at the long-time home of the Canadian Open, as well as Joshua Williams (@joshwscratchgolfer). For many individuals playing Glen Abbey remains a “bucket list” destination. I still remember my first round at Glen Abbey in 1995 for a media day with defending Champion Nick Price – what a thrill!

You are not supposed to know these guys names. They are just golfers with a real passion for the game.

“To play Glen Abbey for the first time was a real treat. I do not think I will ever forget it, especially standing on the 11th tee over-looking the valley and taking that shot. Coming from where I live, you don’t get a lot of elevation change or an opportunity to make a shot like that,” says Delaney, who hails from Windsor. “Glen Abbey has such a rich history, so to walk where the pros have played and see some of those plaques was really special. I tried Tiger’s famous 196-yard, 6-iron shot from the 2000 Canadian Open on 18, not from the bunker, but from the grass beside it and my ball landed on the green, on the front, the pin was at the back of the green – that was a lot of fun.” 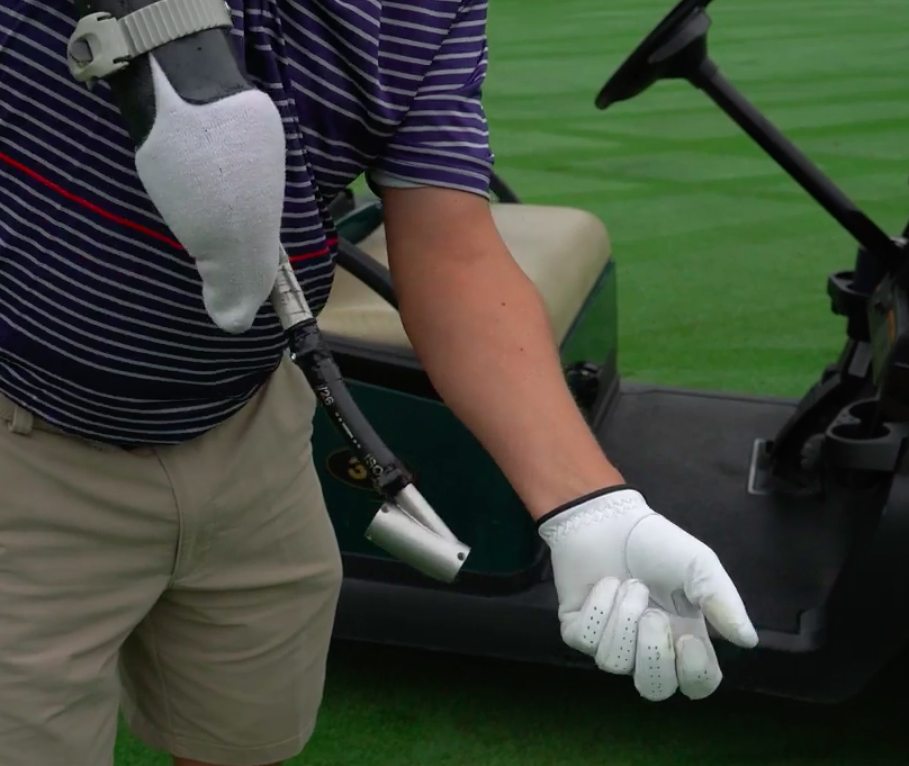 Delaney was born without the lower part of his right arm below the elbow. He played on the Canadian Amputee Hockey Team for many years winning six world championships before transition to golf seven years ago. “When I started playing ParaGolf Ontario events five or six years ago, I was shooting over 100. Now I am winning some of them and shooting in the mid-80s,” adds Delaney, who is an 11-handicap player and trying to get it below 10 before the end of the season. He is a member at Pointe West GC near Windsor and has played 65 rounds so far this season with the goal of getting to 80.

“Golf is such an incredible game. I am a competitive person, so it is a big change from hockey. I am my worst enemy some times, because I put a lot of pressure on myself, but I’m learning to deal with that because I play better when I don’t put the pressure on,” says Delaney, whose father is an avid golfer and sports a 12-handicap. They play a friendly game together twice a month at Point West. Those memories are precious.

Delaney is competing in the ParaGolf Ontario Open September 28-29 at Woodington Lakes GC and we wish him the best of luck!

In 2019 Barclay travelled to Australia, the Czech Republic and Las Vegas, Nevada and his world ranking shot up to No. 12 after finishing third at both the Canadian Disabled Open, the United States International Open, runner-up at the Australian Disability Open and winning the Ontario Disability Open. 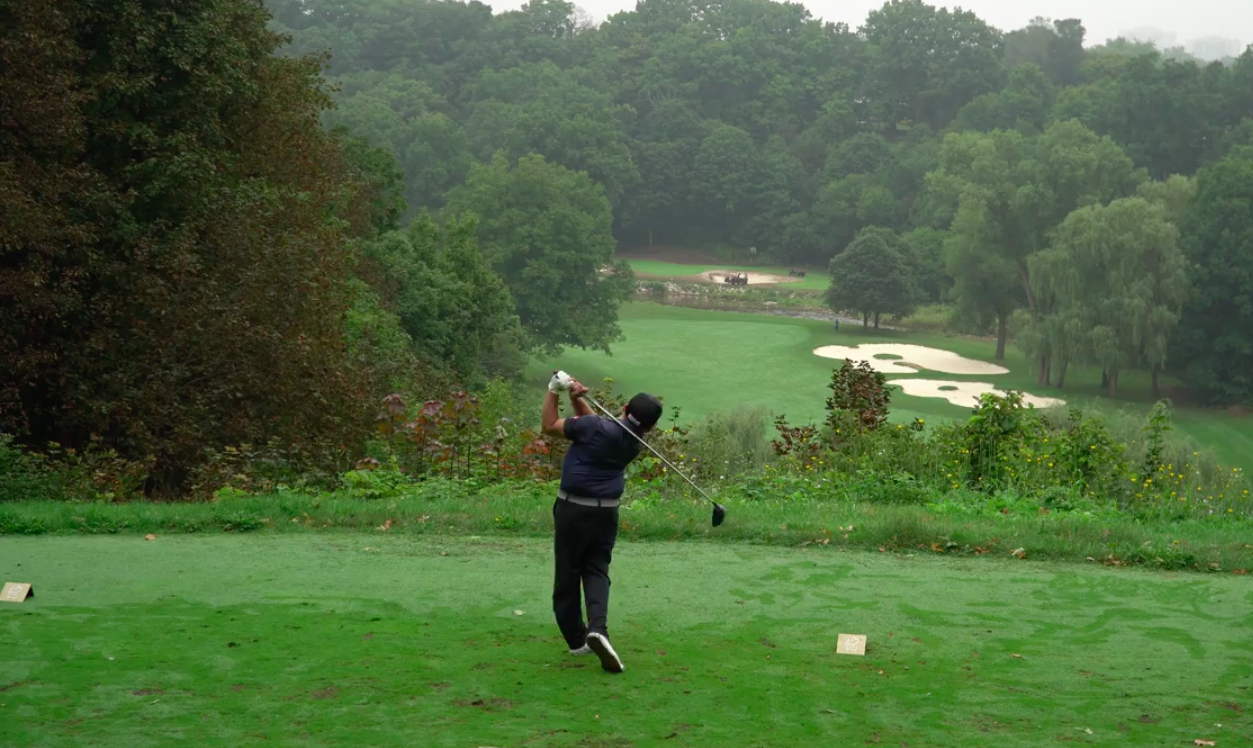 “Last year was an amazing year because I travelled world and a few of my golfing dreams came true. I got to play a practice round at the Australian Open with Mike Weir, that was amazing,” says the 32-year-old, who was born with severe Rotatory Scoliosis Cervicothoracic Kyphoscoliosis, a disease of the spine that limits growth and movement. “I had hoped to get into the top eight in the world this year, but COVID-19 came along and I decided I wasn’t going to travel to any events, even though there were some in the United States and Europe.” He plays golf twice a week or so at his home club, Cedar Glen GC in Williamsburg.

Barclay first swung a golf club at age three. By the time he was 10, he was out on a golf course. He has been an avid adaptive golfer and a fine player in the Ottawa area for many years with a current handicap of plus one. When World Rankings for all golfers with disabilities, not just amputees, were introduced in 2018, a new door opened, and he could not be happier. “It really pushed me to get a world ranking. Disability golf is just starting to get big in Canada. Other parts of the world are a decade ahead of us, but we’re coming.”

As a teen Williams remembers watching Moe Norman hanging out at Rockway Golf Club in Kitchener. At the end of the day, Moe would hit a few balls off the first tee at dusk before leaving – a very cool memory! 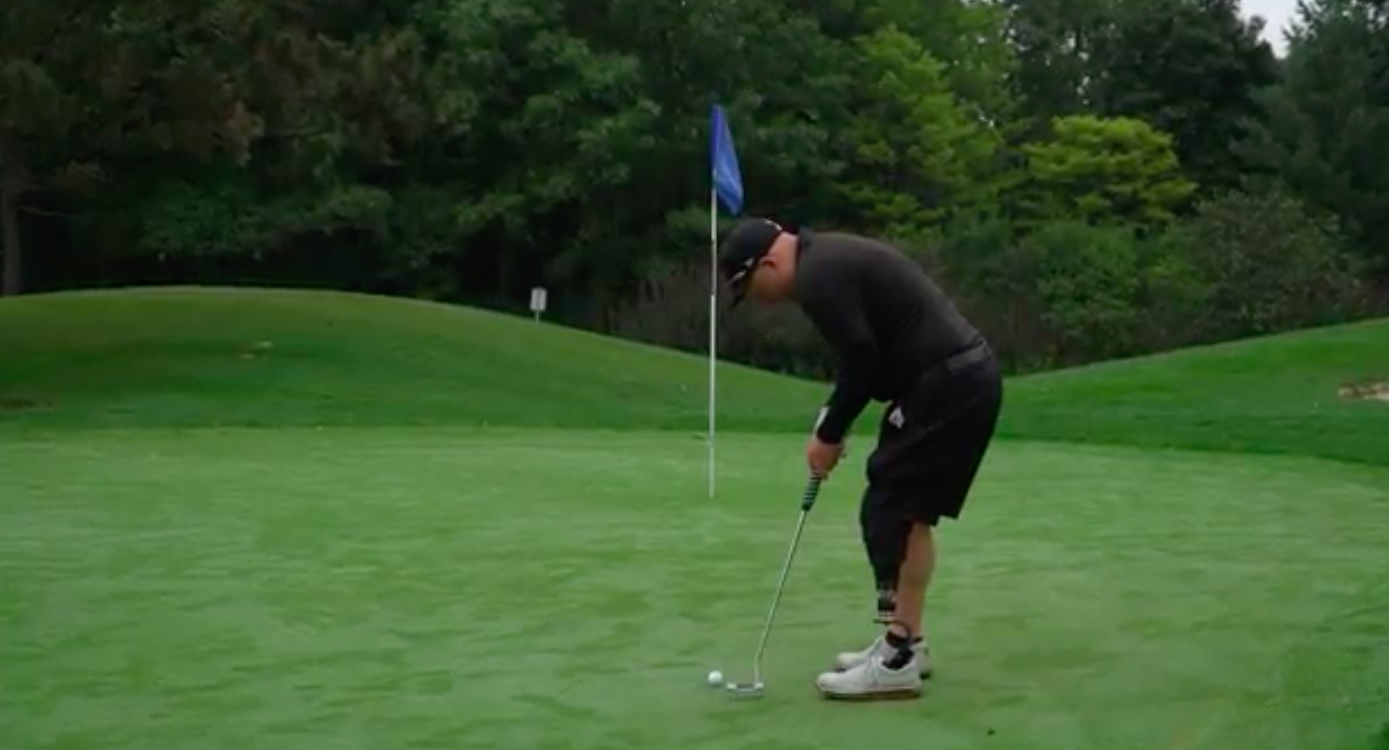 Williams lost a leg below the knee in a boating accident in 1991 at the age of six. He went on to become one of the best adaptive golfers in the world, then stopped playing competitively for a few years and is now hoping to represent Canada at the Para Olympic Games in 2028. ParaGolf is not an Olympic sport just yet, but there is a movement afoot to get it sanctioned.

“I was half ready to hang up my golf bag, but Todd reached out and said he was trying to put together a team of golfers and he renewed my interest. He inspired me to not give up on disabled golf, but rather to push my game to the next level,” says the Canada Post employee, who is now focused on obtaining a world ranking in 2021 and helping to grow the number of events in Canada.

COVID-19 delayed his plans but did not dampen his spirit.  “I would like to get in some big tournaments and see what happens. I think I could be in the top-5 in the world from what I have seen,” adds Williams, who went 2-under on his front nine at Glen Abbey before tailing off in the rain on the home stretch.

It was a day to remember on all fronts on a course that everyone can enjoy – a game for all to play!