Four Things I’m Excited About and One I’m Not 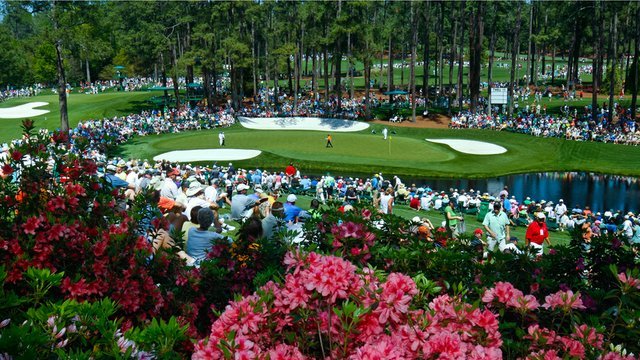 Normally, the off-season is a time to reflect on past accomplishments, take a breather and plan for the upcoming campaign. But I guess I missed it. The 2019 PGA Tour season started last week, just two weeks after the 2018 Tour Championship, and sandwiched into the break was the Ryder Cup.

Who had time to reflect, let alone catch a breath?

In the old days, they called these Fall events the Silly Season and they weren’t official. Some players played in them because the competition was less, and the prize money spent just as well as the official variety. Others chose to hang up their clubs until the winners-only event in Hawaii or some other starting point in January. Either way, nobody paid much attention to professional golf in the Fall.

Now you can’t ignore it as FedEx Cup points, World Ranking points, prize money, tournament titles and future Hall of Fame credentials are all on the line. Apparently, there’s a gap in the schedule in December – more like a mid-season break – but maybe we can all take a deep breath then.

So, until then, here are my “off season” thoughts on what I’m looking forward to and one thing I’m not.

Having just whined about the lack of an off-season, it’s odd to say I’m looking forward to the 2019 PGA Tour schedule, but for me, as for many readers, the season really doesn’t get started until January. What’s got me really jazzed up is the re-alignment of majors in 2019 with the Players Championship moving back to its original spot in March and the PGA Championship sliding into May.

The West Coast Swing and The Florida circuit are more than enough to keep my attention during January and February. Then it’s a major every month from March through July and then the playoffs in August. Best of all, the Tour will wrap up before Labour Day.

One more aspect of the new schedule I’m anticipating is the RBC Canadian Open in June. It’s still back-to-back with a major (U.S. Open) but a lot of players like to use the preceding week to tune up for a big event and maybe our national championship will be the beneficiary.

Now if the Tour could do something about a real off-season, then it would be just about perfect.

Most readers of this column know that I’m not a huge Tiger fan. I’m not one of the haters, just not one of the fanatics. Regardless of how you feel about Tiger, you have to respect his accomplishments and recognize that he’s one of the best (Top 2?) to ever play the game.

Tiger’s comeback from his latest back surgeries, personal issues and mystifying chip-yips however are something else again. To think that at this time last year, he didn’t know if he’d ever play competitive golf again. Then he began that amazing year in which he thrilled at two majors and then won the final event of the season.

Along the way, Tiger found some humility and maybe a little bit of humanity. He seems to enjoy playing more, even if he’s not always winning, and responds more to the fans. He’s not doing high fives or fist bumps with the crowd yet but there have been occasional smiles.

One of the greatest rivalries in golf has been between two players that actually never competed against one another live - that’s the race to see who is the best of all time, featuring Tiger Woods and Jack Nicklaus. Tiger has said many times that chasing Jack’s records are what motivate him. Now that he’s healthy and has proven that he can still win, the quest to win or surpass 18 majors is alive and well again.

Tiger is 42 and realistically has maybe five years to chase the record if he remains healthy. Of course, this is Tiger Woods we’re talking about – a player who doesn’t do normal – so maybe there’s no sunset on his abilities. Tom Watson nearly won the Open Championship when he was almost 60.

Who knows what he can accomplish? The competition on the PGA Tour is better now than it’s been in a long, long time but it’s even better with Tiger in the mix. I like his chances to add another major in 2019.

The Masters signals the “real” start to the golf season – obviously not the PGA Tour season, which starts in October or January, but April is the time of year when we can finally get excited about playing again ourselves. Even though our courses don’t look anything like the pristine manicured conditions at Augusta National, watching the Masters sends some primitive signal to our brains that it’s time to golf again. I think hibernation works the same way. Or opening a can of cat food.

Once the PGA Championship finishes up in August, I start thinking about the following April when all the players that didn’t win a major this year will be itching for another opportunity. The Masters is their first crack at immortality. Jordan Spieth, Rory McIlroy and Dustin Johnson in particular likely can’t wait to get to Augusta. None won majors in 2018, although each was picked to bring home some of the key hardware. Revenge can be a strong motivator.

Who doesn’t love Augusta National? It’s top 3 on just about everybody’s Bucket List and though none of us have ever played it and few of us have been there, we know every break and roll on the diabolical greens, every fairway bounce and what the swirling winds will do to a ball down in Amen Corner.

As of this writing, Tiger Woods has the best odds at 9-1 to win the Masters next April. Imagine that! He’s followed by Spieth at 10-1, DJ at 12-1 and Brooks Koepka, McIlroy and Justin Thomas at 14-1. It’s still six months away but I can’t wait.

At last week’s Safeway Open, there were eight Canadians in the field. Near as I can tell, except for the RBC Canadian Open, that’s a record for a PGA Tour event.

Adam Hadwin, Mackenzie Hughes and Nick Taylor all have full status for 2019 based on past performance while Roger Sloan and Adam Svensson advanced to the big leagues based on their play on the Web.com Tour. Ben Silverman, Corey Conners and David Hearn all finished in that 126-150 range on the Official Money List and have limited status to start the season but will need to play well early to keep their spots.

There are two more Canadians with at least some eligibility on the PGA Tour. Mike Weir has status as a past champion and major winner and can get a number of sponsor invitations as he gets ready to transition to the Senior circuit. We’ll see Mike at the Masters too. Graham DeLaet also will be able to play on a Major Medical exemption if and when his back allows him to return.

All in all, that’s potentially ten Canadians to watch on the PGA Tour in 2019 and at least five Canadians on the LPGA, led by Brooke Henderson. That number could increase even more after the LPGA completes Q-school in December.

It’s a great time for Canadians on the professional tours.

Justin Thomas was asked the other day if he’d be watching the Woods/Mickelson Pay-Per-View Match scheduled for November 23 at Shadow Creek GC in Las Vegas.

I’m with JT on that.

Apart from the fact that both players will be in shut-down mode at that time of year and Phil in particular has been struggling of late, this is a match that just doesn’t get the juices flowing. It could have been terrific fifteen years ago.

Add the pay-per-view element and the fact that it’s on U.S. Thanksgiving weekend when I’m usually away on a golf trip and there’s little chance I’ll even find it much less watch it.

I love match play and wish the pros played more of it. I’d happily watch a replay of the Ian Poulter – Dustin Johnson singles match from the recent Ryder Cup or any of the others. Even the finals of the various USGA Championships deliver compelling drama, probably because there’s something real on the line.

This Woods-Mickelson thing has an odour to it. Tiger will probably demolish Phil, but it won’t be one of his legacy achievements. And I won’t be watching.