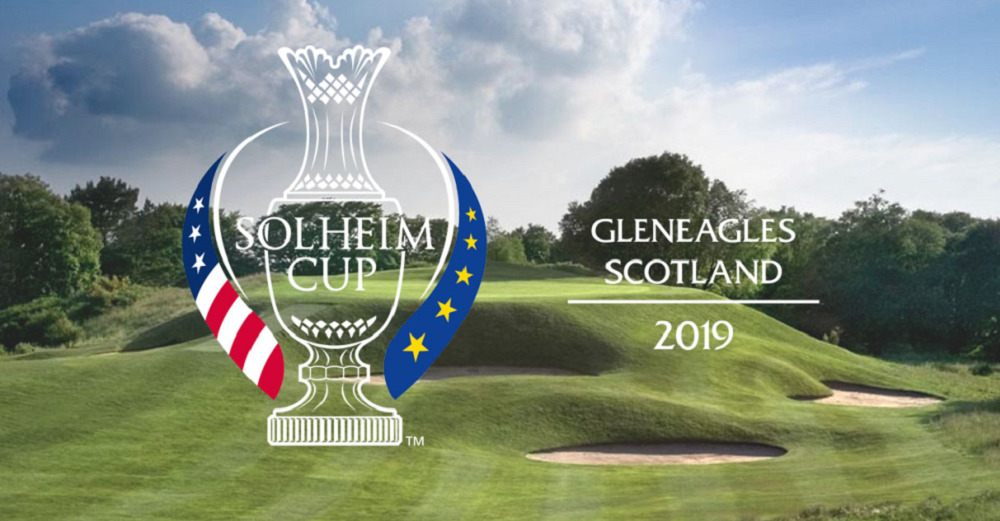 With so many of the world’s best players not in the Solheim cup, is it time to take a hard look at the USA vs Europe structure and consider an updated version? Isn’t this where the Presidents Cup came from?

The bi-annual matches between teams of women from the United States and Europe will begin this Friday at Gleneagles in Scotland. Here’s the skinny on why you should or shouldn’t watch:

The Best Players Aren’t There

A quick look at the Rolex Rankings shows that only two players, both American, are in the World Top 10. Europe’s top pick is #12 and you have to look all the way down to #26 for the next highest ranked European player. The fact is that the top of the rankings are dominated by players from South Korea, Thailand, Japan and Australia. Oh yes – and one from Canada.

When the Solheim Cup was first played in 1990, America dominated women’s golf with players such as Nancy Lopez, Betsy King, Pat Bradley, Patty Sheehan, Dottie Pepper, Beth Daniel and Juli Inkster. Europe had Laura Davies and a smattering of young girls from the continent that were just coming into their own. Five years later, after the Swedish invasion, Europe had teams that could match the US. It made sense to pit the US against Europe in a Ryder Cup style match.

But that was another era. Now the best players certainly aren’t in Europe and only a handful are in America. If ever there were a time to make substantive changes to the Solheim Cup, it would be now. With the balance of power tilting towards Asia, the obvious solution is to turn the matches into Asia/Australia vs the rest of the world. Sponsors, fans and all the stakeholders in the US would scream but imagine the fun of having four continents compete to see which 12 women would make the International team. It might leave a lot of the Europeans on the sidelines, but it would open a spot for Brooke Henderson to qualify.

As noted above, the Solheim Cup was modelled on the success of the Ryder Cup and Walker Cup, which originally pitted teams of male professionals (Ryder Cup) and amateurs (Walker Cup) from Great Britain and the US. Those events have existed for decades and in recent years have become huge golfing spectacles on both sides of the Atlantic. In the late 80’s, PING’s Karsten Solheim, at the urging of his wife Louise, decided to honour women’s golf in the same way and so the Solheim Cup was born.

In the almost thirty years since, it has produced some memorable moments. Recall Loch Lomond in 2000, when a young Annika Sorenstam was understandably upset after American captain Pat Bradley insisted she replay a shot when it was determined that the Swede had played out of turn. Sorenstam had chipped in for birdie to tie the hole but missed on the replay. Sorenstam was devastated; Bradley was vilified. The Europeans ultimately got their revenge by whipping the Yanks 14 ½ - 11 ½.

In 2015, another controversy showed the depth of emotion on both sides. Suzann Pettersen and partner Charley Hull were paired against Alison Lee and Brittany Lincicome. On the 17th hole, Lee rolled her birdie putt to within 18”. Hull and the European caddies started to walk to the next green as if the remaining putt was conceded. Seeing them walk away, Lee picked up her ball. That’s when Pettersen stepped in to say the putt had not been conceded. The US lost the hole and the match. While Pettersen was technically right, most felt she violated the spirit of the Rules of Golf and criticism was harsh, even from many Europeans. Ironically, the US went on to win the Solheim Cup that year.

The US leads 10-5 and has won the last two Cups under the captaincy of Juli Inkster. She’s looking for a third, which would make her the all-time leader in Solheim Cup victories.

Both Captains Juli Inkster and Catriona Matthew had to dig deep to round out their teams with players who don’t usually show up on leaderboards. Inkster added Stacy Lewis and Morgan Pressel to her team for veteran leadership, even though neither player has competed well this year. Then Lewis withdrew this week due to recurring back problems and her spot was filled with yet another rookie Ally McDonald.

Matthew went even deeper on the Rolex Rankings when she added Suzann Pettersen who is 665th in the world. Pettersen was supposed to be an Assistant Captain but was added as a player, again to provide leadership on a squad that has very little experience in these international competitions. She took 20 months off to have her first child and has only played four LPGA events since returning in July, missing three cuts. Matthew’s other picks are Bronte Law, Celine Boutier and Jodi Ewart Shadoff.

The Americans Have The Edge

Rookies abound on both teams and there is precious little veteran leadership to depend on. The Americans will be led by Lexi Thompson, the Korda sisters, Lizette Salas and Danielle Kang. The Europeans will match with Carlotta Ciganda, Bronte Law, Azahara Munoz, Georgia Hall and Charley Hull. In terms of world rankings, that certainly gives an edge to the US.

The matches are being held in Scotland, so home field advantage goes to the Europeans. Of their five Solheim Cup wins, four have come on home soil. The Americans have recorded three of their ten victories in Europe.

These matches should be more like a college football game than the NFL. Lots of raw emotion, more excitement than normal and probably a few costly mistakes. The home crowd will be really into it, but Captain Inkster may have the secret sauce. She’s the rah-rah queen and loud chants of USA, USA will undoubtedly be plentiful. Personally, I can’t think of anything in sports that I find more annoying but then, I’ll be rooting for the other team.

Match play Is The Best

Golf was meant to be played in a head-to-head format. Despite what we see on TV almost every week, the Ryder Cup, Presidents Cup and Solheim Cup provide more excitement, more compelling drama and more stories than your standard stroke play tournament. Every match has a finality to it and every competitor has to give it their all. There’s no coming back tomorrow.

This Solheim Cup will be contested on the PGA Centenary Course at Gleneagles. It was designed by Jack Nicklaus and is a magnificent venue for match play. The course hosted the 2014 Ryder Cup, won by the Europeans 16 ½ - 11 ½, so perhaps another small edge to the home team.

There’s an old saying that “anything can happen in match play”. The winner isn’t always the highest ranked player, the most skillful or even the most experienced. At this level, any player can beat any other player in a match. It’s going to be very exciting and I’ll be watching.