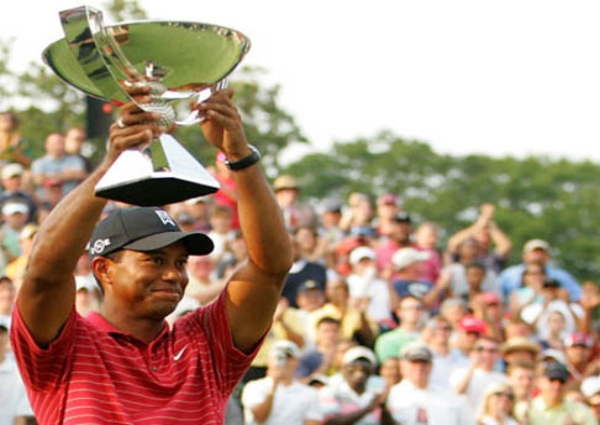 What was the top story of the year in golf?

Matt Belacca, PGA, Director of Operations, Glendale GC: 2018 was an exciting year for golf, but the biggest story is Tiger’s comeback. Love him or hate him, whenever he plays the tournaments seem more interesting, the crowds are bigger and the ratings soar. Being in contention in two Majors and ultimately winning the Tour Championship was remarkable for a guy who couldn’t swing for 24 months. If Tiger’s resurgence helps to grow the game and bring in the young generation again, then so be it. Way to go, Tiger!

Dave Kaplan, Station Creek Member, Editor of the ClubLink Shag Bag: Koepka’s huge year kind of got buried in all the Tiger hysteria. The Floridian came back from major wrist surgery to win two majors, become the seventh player in the history of the game to defend a U.S. Open title and ascend to No. 1 in the world in the OWGR. The man deserves a parade!

Andrew George, PGA, Director of Operations, King's Riding GC: With a year filled with so many great headlines, the return of a healthy Tiger Woods was my golf story of 2018. No one knew what to expect. His history of injuries and time away from competitive golf presented questions about whether he could compete with the best players in the game. Having ended 2017 ranked 1199th in the world, he capped off one of the greatest comeback stories in sport history by having such a great year and winning the last event of the season, the Tour Championship, putting him up to 13th in the world.

Craig Loughry, Director of Handicapping, Golf Ontario: Well, someone will write Tiger here, for sure. I almost did as his comeback is an amazing story. But Brooke winning the Canadian Women's Open, well that was huge in Canada. It may not have been global news, but I sure saw a lot of coverage on the national news networks for the next few days after she won, and rightfully so. To me, for all those reasons and more, that was it.

Mike Grierson, PGA, Director of Operations, Glencairn GC: The top story of 2018 has to be Tiger getting his 80th win and completing his comeback season in style. He had many great opportunities throughout the year, especially contending in both The Open Championship and PGA Championship, and to finally win the Tour Championship was a victory for the entire golf world. The golf community is so tight knit and it’s been fun to see Tiger be a little more human and clearly have the support of his peers, especially the younger players who grew up and wanted to be just like Tiger. Side note: Brooke Henderson had a great year and has a real opportunity to be the No. 1 golfer in 2019, which will be fun to watch!

Grierson: If Bryson is going to do it, I would probably suggest everyone else try it as well. Bryson’s success can’t be denied and inevitably golfers always follow the Tour players lead. It’s going to be great for pace of play, especially when you’re putting from long range, the pin being in can only help on those longer putts, in my opinion.

Kaplan: I really cannot argue with DeChambeau because I just don’t know enough about the coefficient of restitution, and physics in general, to counter his theory. The guy majored in physics at SMU (Southern Methodist University), and is clearly onto something with his unique, science-inspired swing and vector putting technique. So, I’m inclined to think there may be some veracity to the strategy, but I guess we’ll have to wait and see. As for myself, my putting was so horrendous this past season that I am willing to try just about anything - including leaving the flagstick in - to get back on track.

Belacca: I can remember playing in a tournament as a Junior and I rolled in a 60-footer with the pin in. I guess my playing partner didn’t realize I was putting, so a two-stroke penalty for me. Now that the rule has changed, I wouldn’t recommend my students do anything different except play more ready golf. So, if your partner is off the green chipping but not ready and you are, then go ahead and putt. I am sure DeChambeau has some scientific reason for keeping the pin in but for me it just means we can play faster and not get any penalty like when I was younger.

George: Putting with the flagstick in will be a personal preference and differ depending on the putt. I’m not sure how many golfers will decide they want to leave the flagstick in to putt. Golfers have been playing without the flagstick in for decades. For a lot of non-competitive golfers, I’m sure they’ll give it a shot. I would encourage it being left in on a 3-footer straight downhill. Use the flag as a backboard; right off the flag and in the hole.

Peter Mumford, Editor, Fairways Magazine: I don’t get this rule change at all and certainly don’t like it. It levels the playing field even more as it gives an advantage to bad putters who don’t have the skill to hit a putt with appropriate speed. I have no idea how DeChambeau would even measure the COR of a flagstick but good luck to him. I’ll have it out please.

Looking ahead to 2019, which PGA Tour player do you think will break through to win his first major?

George: Tommy Fleetwood. He’s a scrappy player who has played well at the big events over the past couple of seasons.

Loughry: Well, I picked him in 2018 to do some great things and he played quite well but never really busted out. I still think he’s on the verge, so for me it’s Jon Rahm. He has all the tools, he just needs to finish a few more times to get to that next level and knock off a couple of Majors or several Tour wins. Make me look good Rahmbo!

Grierson: My pick for their first Major win in 2019 is a toss up between Tony Finau and Bryson DeChambeau. Both are the real deal in my opinion and will be great players for years to come. Finau might be the next Brooks Koepka where all he wins are majors. DeChambeau is proving that he can bring his best on Sundays and close out tournaments. In the end I will take Finau, because who doesn’t like to cheer for a guy who was on The Big Break; I’ll make him my 2019 Masters winner pick right now!

Kaplan: My money is on Patrick Cantlay to ruin Koepka’s attempt at a three-peat by breaking through at the U.S. Open.

Belacca: I usually pick with my heart on questions like these, so my breakthrough Major winner this season is Tommy Fleetwood. He is just so good and can go low. I see him winning the British Open this season. I have also always been a Rickie Fowler fan and have seen great maturity in his game. I think he could win the US. Open.