Bring Back the Crosby Clambake 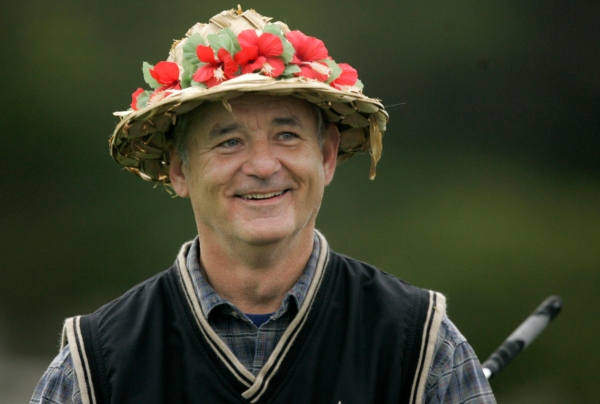 Anyone watching coverage of the AT&T Pebble Beach Pro Am this past weekend or the final few holes on Monday morning, might have asked, “Who the heck is Don Colleran and why is he playing golf in the final group with Paul Casey and Phil Mickelson?”

The easy answer is he’s an Executive Vice President at FedEx and Paul Casey’s amateur partner for the Pro Am portion of the PGA Tour event.

Maybe the more important question should be, “What entertainment value does a middle-aged business executive with a 13 handicap add to this telecast?”

Don may be a great guy with a wonderful sense of humour, a passion for fine whisky and wild boar hunting, and a gift for telling great golf stories. We certainly didn’t see any of that. The TV announcers just told us over and over that Don was really out of his element in the last group and trying to stay out of the way of the pros vying for the title, but also trying hard to win the amateur portion of the tournament for he and Casey.

Probably a wonderful experience he can share with his buddies at the country club, his fellow execs in the FedEx dining room and his family, but beyond that, does anybody really care?

Modern pro-ams include thousands of Don Collerans and people like him - business executives that have plenty of money or large enough expense accounts to let them rub shoulders with a PGA Tour professional for a round of golf. Most of these men and women play in relative obscurity on Wednesday before the actual tournament gets started.

The AT&T Pebble Beach Pro Am is different. There, amateur partners play three days with the same pro and the top 25 teams actually make the cut and play the final round on Sunday, right beside the pros, in front of huge crowds and millions watching on TV at home. It’s the ultimate in fantasy golf and pretty heady stuff for non-celebrity types.

It wasn’t always this way. The tournament started out as a friendly outing for some of Bing Crosby’s Hollywood pals, who would pony up a few bucks to play with the touring pros. Over the years, The Crosby Clambake evolved to become one of the feature tournaments on the PGA schedule and included large numbers of comedians, movie and TV actors, singers and top athletes from other sports.

Entry was by way of invitation. Bing’s invitation. Nobody could buy their way into the tournament. Both the host and CBS, which has been covering the event for decades, wanted to put on a show. That’s something that comes naturally to actors and singers, so even if their golf wasn’t up to par, they could always be counted on to entertain in lots of other ways.

The field was littered with 'A' List celebrities, many of whom also had their own celebrity pro-ams. Bob Hope, Glen Campbell, Sammy Davis, Andy Williams and Dean Martin had followed fellow crooner Bing Crosby into the world of golf and lent their names to PGA Tour stops. They acted as hosts of their own tournaments and also played in each other’s events. Top movie stars, some past their prime but some newcomers too, could be counted on to show up and add some entertainment value.

Perhaps the most compelling story to follow for many years was the effort by actor Jack Lemmon to make the cut. By his own account, Lemmon wasn’t a great golfer, but he loved the game and played often. For 25 years he tried to play well enough to make it to Sunday – but he never did. His Saturday interview, usually around the 17th tee, was humorous and heart-warming, but you could feel his frustration.

Saturday at the Crosby contained lots of other wonderful memories too. In case you aren’t aware, the tournament organizers set up play so that many of the top players and all the top celebrities are playing at Pebble Beach on Saturday, while the 'B' listers ply their trade on the other two courses. That way, TV audiences have a chance to see all the entertainers, one group after another.

Over the years, things changed. Most of the celebrity pro-ams are gone now and corporate sponsors have replaced the singers and celebrities whose names used to headline these events. Even the amateur participants at the Crosby have changed.

Even the so-called celebrities aren’t quite up to snuff with Bing’s buddies. Maybe I’m just a cranky old guy bemoaning the fact that things were better in the old days, but Ray Romano isn’t much of a celebrity in my mind and Bill Murray’s antics grew stale about a decade ago. If they’re supposed to be the entertainment, how do the amateur suits stand a chance?

The 17th hole interviews are brutal. They all read from the same script, “It’s a wonderful experience to play in this event with these great golfers. And isn’t Pebble Beach spectacular?”

Saturday at the Crosby used to be one of my must-see events. Not so much anymore. The golf course is still spectacular, and the pros do put on a great show, but these days, I’m more likely to wait until Sunday and just watch the golf.