The Best Putts Ever Made 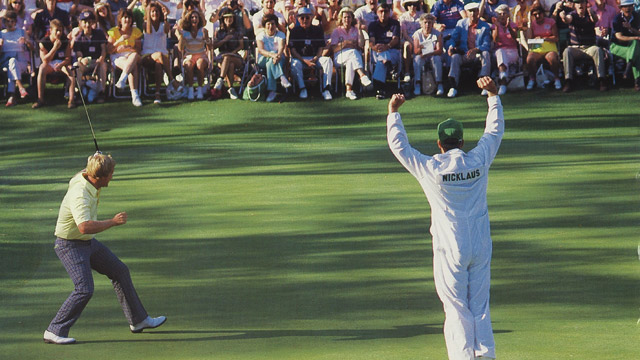 How often have you heard one of your playing partners tell you that their former amazing putter is currently having a “time out”?

It’s not that uncommon.

Putters go hot and cold. One day you make everything you look at and the next you can’t sink a six-footer into a washtub.

Of course, we all know that it’s not the putter’s fault. After all they’re just pieces of metal with a rubber grip.

However, they’re also the pieces of equipment that inspire the greatest confidence and the most fear. Who hasn’t trembled over a three footer, apparently just outside the circle of friendship, to win a $2 Nassau?

Most golfers have a bag or bin full of putters stashed away in the basement or garage. There’s nothing wrong with any of them except that they “can’t play” anymore. I probably have a couple of dozen of them and when my wife asks me why I keep all those “old” putters, I tell her that someday I may need one of them. Secretly I know that day will never come because even newer models promise more Shots Gained Putting or whatever the appropriate stat is for bunts and choppers.

The bottom line is that the putter is the most used club in any golfer’s bag and the one club that can turn an ordinary round into a great one. Or go the other way. You can recover from a bad drive or a wonky 7-iron. There’s no recovery from a bad putt. It’s a lost shot. Pure and simple.

Putting is all about confidence. When you get a new putter, it has to look good and feel good at address. You also have to believe that it’s the right model for you. That means getting properly fitted for a putter – a process that takes into consideration length and lie angle, face balanced or toe balanced, heel shafted or centred shafted, alignment lines or not, blade or mallet, grip size, colour and more.

All putters look good and feel good in the pro shop. However, they don’t all perform the same on the putting green or the golf course. Come into the golf shop this spring to check out the new putter models from Scotty Cameron, TaylorMade and Ping and work with your PGA professional to find one that is best suited to your putting style and one that will inspire you with the most confidence this season. 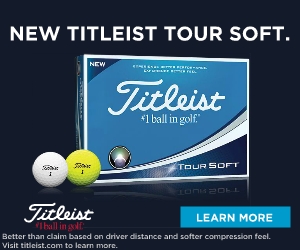 Speaking of confidence, here are six of the best putts ever made on the PGA Tour. Maybe not up there with that 15 foot snake you made to win the B Flight Championship but still pretty good.

At the 1995 Open Championship, Italy’s Constantino Rocca came to the 72nd hole of the Old Course trailing John Daly by one shot. After a great drive, Rocca chunked his approach shot into the Valley of Sin. His sixty foot birdie putt rammed the back of the cup and forced a playoff. Rocca ultimately didn’t win the Claret Jug but his putt and the ensuing celebration is the most remembered shot from that Championship.

The 1999 Ryder Cup at Brookline is remembered for many things – the amazing comeback by the American team, the ugliest shirts in Ryder Cup history and the over-the-top celebrations by the winning team. However, it was a putt by Justin Leonard on the 17th green in his singles match against Jose Maria Olazabal that stands out as the defining moment from that particular Ryder Cup.

Jon Rahm was just a PGA Tour rookie when he nabbed his first win at the 2017 Farmers Insurance Open. Heralded as a can’t miss prospect out of Arizona State University, Rahm was long off the tee and had a short game reminiscent of fellow Spaniard Seve Ballesteros. Needing a birdie to tie for the lead on the final hole at Torrey Pines, Rahm somehow coaxed his 60-foot eagle putt into the jar to win.

Tiger Woods has an entire wing dedicated to brilliant shots and remarkable victories but his long winding putt on the 17th green at The Players Championship in 2001, called by NBC’s Gary Koch, may be the most famous putt he ever made.

Jack Nicklaus was washed up in 1986, or so everybody thought. At age 46, he hadn’t competed much on the PGA Tour for several years and came to Augusta with faint hopes for a sixth green jacket. But a historic 30 on the back nine on Sunday, punctuated by one final birdie on the 17th hole, as described by veteran CBS announcer Verne Lundquist, may have been the best putt he ever made.

Of course Canadians may be biased about great putts but Mike Weir’s 7-footer on the 72nd hole at the 2003 Masters probably tops the list of greatest ever pressure putts. Weir holed that putt to tie Len Mattiace for the lead, then went on to win the playoff and become the only Canadian ever to win a Green Jacket. Click image below to watch video: 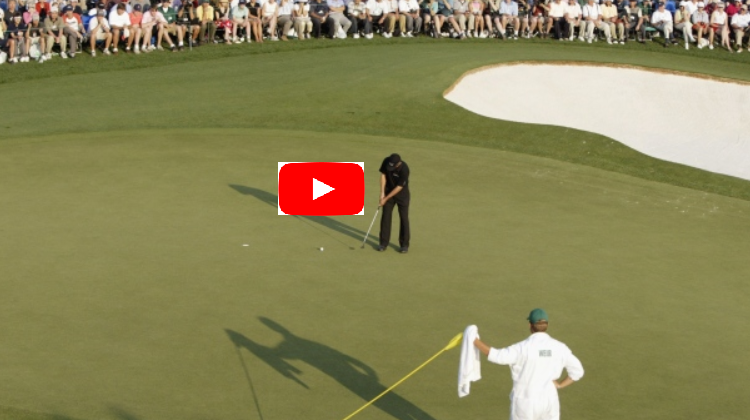