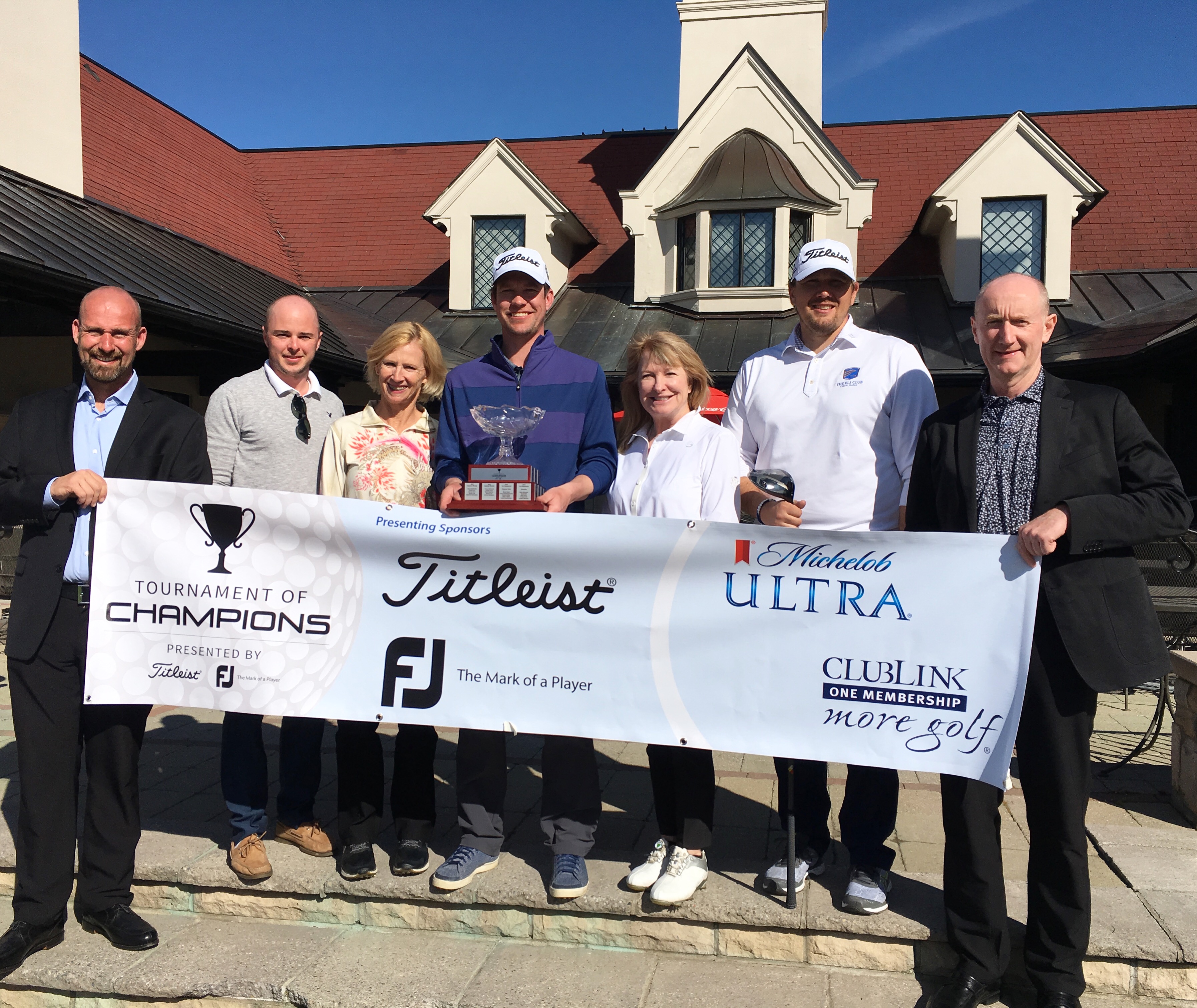 On their last hole of the day, Grandview Golf Club sank two long putts on No. 9 Scotch Block to advance to the championship shootout by a single stroke to eliminate Station Creek GC from the running.

Then the team of Jeff Liddle, Greg Bubela, Debbie Court, Aly Douglas, and Associate Professional, Ian Hogg returned to the site of the crime to clinch the club’s very first ClubLink Tournament of Champions presented by Titleist & FootJoy.

Not only did they win the championship shootout on No. 9 Scotch Block with some outstanding putting against the 2018 defending champions, Glencairn GC, but they had to do it with the added pressure of a second shootout playoff against Cherry Downs, which finished second in 2018 and third in 2017. 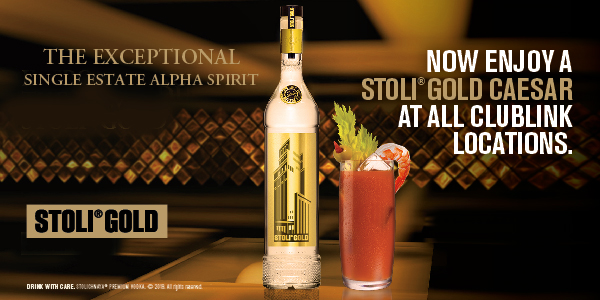 “We had a terrible start. We were eight-over par after four holes and then I think we found our game and started to have a lot of fun out there,” said Grandview’s Ladies Club Champion Debbie Court, who hadn’t played a round on her home course prior to the Tournament of Champions. “It’s an awesome way to start the season for Grandview. I don’t think we have ever come close to winning it, so this is great. Hopefully, we can do well in a couple of the other ClubLink Cup events through the season.”

Grandview edged out the team of Alessandro Cappa, TJ Moir, Sunmi Ko, Wynnie Lam and Director of Golf, Andrew George from Station Creek by a single stroke to advance to the shootout.

“We had just finished playing No. 9 Scotch Block for our last hole of the day where Jeff and I made a pair of long putts to get us into the shootout, so we were feeling pretty confident on the green,” Debbie added. “In the first shootout, I just wanted to do it for the team, because we played well all day. It’s a little nerve-racking out there when you’re looking at the flag from 100 yards, but I felt a little more relaxed the second time with the wind at my back. In the final shootout, I just kept my head down for the final putt and told myself I had to make it for the team because I whoosied the one before. It’s a putt and a day I’ll never forget!”

The winners picked up brand new TS2 or TS3 Titleist drivers with other great prizing and gifting from both Titleist and FootJoy, which were on-hand to showcase new clubs, balls and shoes to the ClubLink Champions. All participants were invited to a complimentary club fitting at Eagles Nest GC, home of the Titleist Canada National Fitting Centre.

“Week in and week out Titleist is No. 1 or No. 2 in driver count on the PGA Tour and this is a great day to give ClubLink champions an opportunity to swing our drivers, fairway metals and other clubs,” says Tim Doyle from Acushnet Canada. “We have seen a huge uptick on the metal side of things led by our drivers with strong sales across the country.”

Everyone also had the opportunity to hit and take home some new golf balls including the updated and incredibly popular ProV1 and ProV1x, which hit the market in March 2019. Simply put, Doyle says, it’s about more distance!

On the shoe side of things, FootJoy highlighted the all-new Fury, with its athletic feel and look for the spring of 2019, as well as other models.

The 17th annual championship featured 33, five-person teams, including four top amateurs from each club plus a club professional, from across the ClubLink family of clubs throughout Ontario and Quebec in a format that counted the best three scores on each hole. With 27 lush holes at picture-perfect Glencairn, the teams rotated through two of the club’s three nine-hole layouts, Speyside, Scotch Block, and Leithfield. The winner of each of the three pairings advanced to a two-person team shootout from 101 yards on No. 9 of Scotch Block, while other participants gathered greenside or watched from the clubhouse patio.

On the Scotch Block/Leithfield loop, the defending champs from Glencairn including; Conner Watt, Paul Gortnar, Leini Locsin, Barb Cromb and Head Professional, Mike Marshall won by 15 shots with a score of six under – the only team to shoot under par throughout the day. Second place at nine over went to the Hautes Plaines GC team including; Sebastien Cote, Martin Bouthotte, Suzanne Hayes, Myriam Boyer and Director of Operations, Marc-Andre Girard.

“I don’t think I could have asked for a better team to play with for my first time in the event,” said Watt, who is Glencairn’s Men’s Club Champion. “We had some great team mojo and a lot of fun. Overall it was the best five hours I have spent on a golf course in a long time. Hopefully, we can take another shot at it next year.

On the Leithfield/Speyside layout the team of; Matt Iceton, Ed Snetsinger, Maya Parsons, Maxine Johnson and Director of Operations, Joe Pacione from Cherry Downs posted the low score of the day at five-over to advance to the final. The RattleSnake Point GC team of; Attila Nagy, Peter Gee, Hansika, Tathgur, Mary Miller and Head Professional, Nate Robinson settled for second at 12-over.

“It was great to make it back to the shootout for the third year in a row. Our team had a great day at Glencairn. The course is in awesome shape. It was really windy out there, so it was tough scoring,” Iceton said. “I love the shootout format and the pressure it puts on you to make a 100-yard shot. Unfortunately, the putts didn’t go in for us, but hopefully, we’ll have another shot at it next year.”